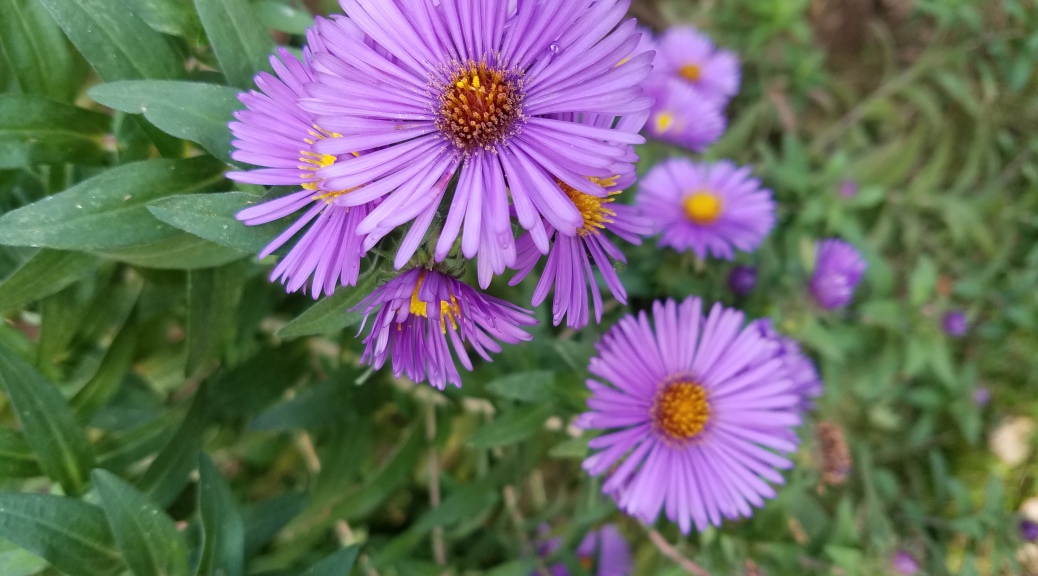 Would he need to learn to sew? He wondered how hard that would be. Michael knew nothing of fabrics or the mysterious art of sewing machines, but there were probably video tutorials he could watch to catch up on the basics. He also wondered if there was an alternative to the whole spandex and underwear thing. See, Michael had recently discovered certain powers, and every comic book and movie on the subject suggested that the thing to do now was to become a vigilante superhero, saving humanity from itself. Step one was a clever name and a costume to protect his identity.

For names, he’d gotten as far as “Chill Dude.” He liked the double-entendre. As for a costume, well. That posed a bigger problem. It would have to be something comfortable that he could wear under his clothes. Every day. He pictured the itching and sweating. He’d have to make seven, so he could have one for each day. Maybe he should make them different colors. Mix things up a bit. Okay, he’d have to circle back to that later.

As for his powers, he was going to need to practice. He’d managed to freeze a single flower in a bouquet, so he had selective targeting skills. Distance also didn’t seem to play much of a factor, provided he could see his target. He could also cause a cool mist to form more generally, though he hadn’t found a practical application for that talent yet. Plus, it was unpredictable. He might need to study martial arts. He made a mental note to check out local martial arts schools. It needed to be a style that looked wicked cool with a lot of spins.

With a name, costumes and refined skills, last, he’d need a way to know where there was trouble. He considered trying to listen in on police radios, but that seemed like a good way to run afoul with the police force. He’d seen too many movies about that complication to fall into that trap. No, he’d have to walk the forgotten shadows of the world so he could be where the law wasn’t. He checked his calendar. It was November 30th.

“Let’s see,” he said, gliding over the days and weeks with a red pen at the ready.

He planted a thick red circle around January 1st.

‘Show time’ ended up being late February, as it turned out. Sewing was a lot trickier than he’d guessed, and don’t even get started about the martial arts lessons. Who could have known people spent years of their life perfecting those moves?

He managed a single costume by the end of December by altering a set of thermal underwear. It wasn’t anything close to what he’d envisioned, but it did keep him comfortably toasty on cold winter nights, and the stylized “C” and “D” painted in silver over the chest were pretty sick. A black mask from the Halloween store covered his face. It took all of January to produce a passable roundhouse kick. He didn’t send the kicking bag flying, like the other students, but it wobbled. That had to count for something. February was spent wandering city streets in a long overcoat, watching for signs of trouble that the police couldn’t handle. Turned out he lived in a pretty tame city.

Finally, in the last week of February, his efforts bore fruit. He heard the fight and had to go searching for it. Tossing his overcoat at the edge of the alley, he ran into the moving shadows, his silvery chest gleaming with righteous justice. A kid was on the ground, covering his head, while blows rained down from four shouting boys.

“Freeze!” Chill Dude cried. He’d thought of that ahead of time.

One of the attackers glanced up. He started to laugh.

“You’ve got to be joking,” he snickered, drawing the attention of the other three attackers.

The kid on the ground shuffled to his feet, wiping at his lip. Michael was surprised that he wasn’t running for safety.

“You’re safe now, son,” he said in an authoritative way.

“CD man?” one of the attackers laughed. “Nobody owns a CD player anymore. You’re like a generation ago.”

“I’m Chill Dude,” Michael announced, trying not to sound shaken. He needed to rework his emblem.

All five boys doubled over in laugher. The one who’d been on the ground leaned against two of his former attackers, howling.

“Are you okay, son?” Chill Dude pressed, addressing the kid who had been on the ground. “Are you safe?”

“You should mind your own business,” the kid said, still laughing.

Michael didn’t like how the kid’s hands shook. He may have interrupted something among friends. That was what it looked like. Still, that kid had taken a beating. Not the kind of friends he ought to be spending his time with. And where were these kids’ parents? It was late.

He concentrated. Just a little show of might to get these kids to think again about fighting in the streets. He focused on the collars of their coats. Just the boys who’d given the beating. He knew it was working when the laughter stopped and the swearing began.

“You need to get new friends,” he said to the astonished boy with the cut lip.

He turned and retrieved his overcoat and went to find his car.

By mid-March, the Chill Dude costume had been refined with a less readable emblem and he’d made one late-night news report. His long coat had been mentioned in the news report, so he began to switch up his jackets and his hats as he prowled the night streets for trouble. He began to get a feel for it. A taste in the air. A buzzing in his senses. He used his mist a few times, but mostly he chose to spot-freeze. That needed a better name.

Then came the day that changed everything. The first day of spring. The city was restless, and both Chill Dude and the police had been busy all week. He’d known that he’d confront firearms at some point, and thought he had a pretty solid plan for how to handle it. He’d target the trigger first, to keep it from moving, then mist the gun, then spot-freeze the handle so it would be too cold to hold. What he didn’t account for was a criminal who didn’t stand and toss bold statements around with the gun pointed menacingly, like they did in the movies. This guy just turned the barrel his way and started shooting.

Luckily for Chill Dude, the guy’s focus was on shooting, not aiming. There was no targeting, like he’d planned. He ran and cowered behind a dumpster. Instinct took over, and he felt the build-up and release of a spot-freeze.

Chill Dude hazarded a peek to see what had made the man shout and drop his gun. It couldn’t have been the spot-freeze. He’d done it blind. He needed to see what he was freezing. That was how his power worked.

He heard the man’s hasty retreat.

“You alright?” another man asked.

Chill Dude looked up to see the man who had been handing over a wallet with shaking hands when he’d come upon the mugging. He accepted the man’s help up.

Chill Dude nodded, though his attention had been drawn to the small object on the ground.

Chill Dude knelt over the small mound of moss. A violet flower waved gently, stirred by his breathing.

“I thought you were all ice and stuff,” the man said.

“Me too,” Chill Dude muttered.

“It turned green and crumbled in his hand. He booked. I really appreciate it. I don’t know how you do this. I think I’ll be shaking for a week.”

Chill Dude smiled weakly and wished the man a safe evening, trying not to show how shaken he was. The whole vigilante thing had just gotten very real. The thermal underwear would have done exactly nothing against those bullets. If that man had aimed even one shot, game over.

Then there was the matter of the spot-freeze. The only thing that had been different about it was that it had been instinctive. Did he have more powers than he knew?

He waited until he was home before testing it out. The spot-freeze was gone. In its place was something he didn’t know how to name. He could turn things into plant materials. Fertile plant materials. Flowers sprouted up around his apartment. The cold mist had turned into a cloud of pollen. His allergies tortured him through the next week.

Michael took a step back from the vigilante superhero thing, challenging himself to find other ways to help improve the world with his unique gifts. A new motto of patience and learning descended over him. He walked the streets of the city during the daytime, visiting abandoned lots and leaving them blooming. Window boxes across the city suddenly flourished. Again, his efforts made the news, though this time there was no one taking credit for the improvements.

On the first day of summer, Michael was only mildly surprised to discover that the spot-freeze turned spot-flower had transformed again into spot-heat. He took up baking and opened a stand at his local farmer’s market. When autumn rolled around and his abilities switched to something that either aged or decayed things, he wasn’t clear, he started a leaf collection and mulching service that did pretty well. By the time his spot-freeze returned on the first day of winter, Michael was already ready for it, having just completed his ice sculpting classes.

And if and when he ever spotted trouble, well, there was no superhero leaping into view, but the darnedest things happened to people causing mischief.

This short story was made possible by my patrons at https://www.patreon.com/wcmcclure.
A special Thank You to Dustin Martin, Rainy City Ukulele School, Nicole Tuma, Stephanie Tuma, and my eternal gratitude to my World Shapers, Ann & Jess. Thank you for your support!

This site uses Akismet to reduce spam. Learn how your comment data is processed.

Join 2,043 other subscribers
Follow Short Stories and Meanderings on WordPress.com