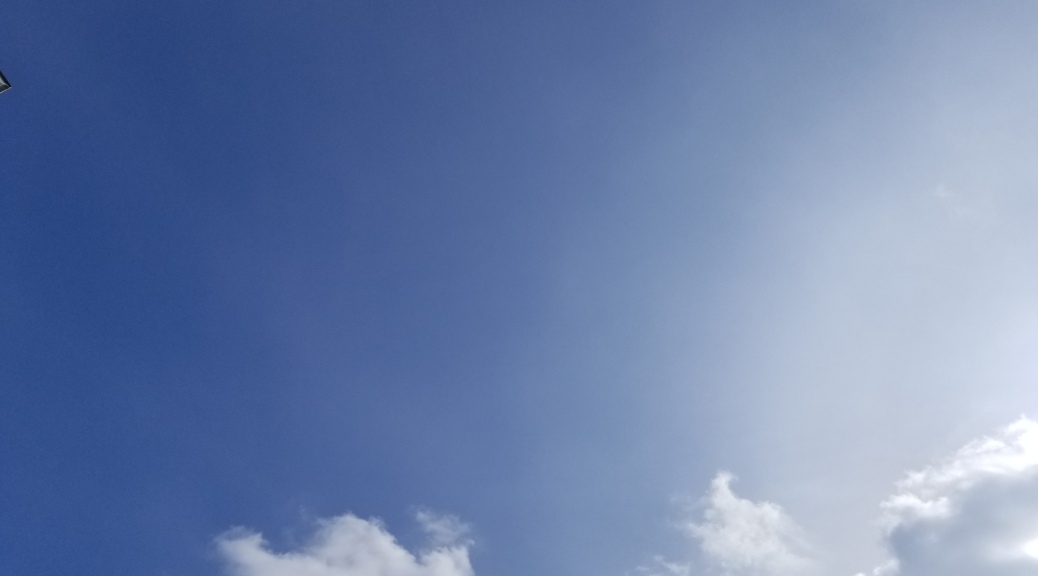 It’s strange, the families that form in a crisis, how we’re drawn to each other and somehow fundamentally understand our roles. One week ago, Jill had been something of a free spirit, beholden to none and unequivocally not the maternal type. To see her now, you’d assume the children asleep at her feet were hers. You’d think the man peering out the window of the small hunting cabin their father. The truth was, even the children were strangers. It didn’t matter now. Now, they were theirs to protect for as long as they could.

Jill had decided to run the moment the cloud hit the news. She knew it made her seem like a paranoid “doomsday prepper,” but she couldn’t ignore the feeling of dread spreading in her gut. No one had seen a cloud in a week, anywhere in the world. That just didn’t happen. It had been mentioned by a few news channels, and then nothing was said about it at all. The weather reporters were suddenly cheerful in an eerily jittery way. Jill had noticed a lack of wind, though she had no way of knowing if that was also global or just a coincidence. Didn’t matter. She started turning to the internet for weather chatter.

It was a hunch. Somehow all searches for satellite imagery timed out and had technical issues. She began to dig deeper, cyber-stalking any weather research groups she could find, or any sort of chatter about the state of the skies. Dead ends, everywhere. Then came the news story out of New Zealand, and once they’d broken the silence, it seemed the rest of the world couldn’t pick it up fast enough. A single cloud had formed over the southern magnetic pole. Jill waited long enough to determine that it was southern only, and began traveling north.

She had a good head start, and made it well into Canada before the rest of the continent began to clog up transportation resources and her northward migration ended up mostly on foot. She’d cashed out her bank account, but it didn’t amount to much, and as the north flooded with people, the price of resources skyrocketed. Jill began to scavenge, and sometimes to steal when her needs were great.

At each town the news grew stranger. The cloud that had surface over the southern pole was unlike any cloud formation ever seen. Thick and dark, it stretch all the way to the ground like a curtain. And it was expanding hundreds of miles each day, in every direction. Those populations already covered by the cloud had not been heard from since. No communication penetrated the cloud. They sent research planes into it that simply vanished, all data lost at the moment of contact. The cloud grew, and grew. Two continents were now “gone.”

Seth had already aligned with Miranda by the time Jill found herself traveling with them. The three of them huddled in the bed of a truck and it seemed natural for Jill and Seth to wrap around the girl to try to keep her warm as she shivered between them. Miranda had been separated from her parents on a train platform, and when the authorities threatened to ship her south to her home address, Seth helped her slip away, and they began their northern trek together. Molly was more of a mystery. They’d found her walking alone in a long line of northbound refugees. When asked about her family, she’d smile, and with that trusting naivety of childhood, declare, “I’ll see them again soon.” The girl couldn’t be more than six. Without need for discussion, Molly was added to their new family.

As incidents of violence grew more common, Seth and Jill began to flirt with the idea of leaving the refugee trail and risking the frozen wilderness. Finally, after encountering a scene they wished the children hadn’t had to see, they decided it was worth the risk. The latest news along the refugee trail was that the cloud had made it past Mexico and was in the southern states of the U.S. They broke away, into the forest. The hunting cabin had been a lucky break. It had food cans and a fireplace, and the children fell asleep nearly the moment their stomachs were full.

“We could just stay here,” Seth suggested. “The girls are exhausted and it’s only going to get harder to travel. We’ve been lucky so far with wildlife, but I have no idea what I’d do if we came across a bear, or wolves or something.”

“You want to give up?” Jill asked. “Just sit here and wait to be swallowed by the cloud?”

“We don’t even know that it’s a bad thing,” Seth sighed. “We just assume, because of the lost communication. It’s the fear of the unknown.”

Seth nodded. “So we keep going,” he said. “Until we can’t,” he added under his breath.

Jill jumped when a small hand touched her wrist. Molly’s wide eyes were on her.

“I can’t sleep,” Molly complained. “The music is too loud.”

Seth and Jill exchanged a confused look. With a bewildered shrug, Seth curled up with Molly and wrapped her up in his arms.

“It was just a dream, sweetheart,” he said. “We all need sleep. I’ll keep you safe.”

Within minutes, the both of them were breathing with the calming rhythm of sleep.

The next day they encountered a different stream of people headed north. This band seemed to be an entire village, who were more than happy to add them to their sleds. The forests fell away and ice stretched unbroken in every direction. They shared a tent with another family that night, and this time it wasn’t just Molly complaining of hearing music.

“Children hear more than we do,” said Kim, after her children had finally drifted off again. She had a matter of fact air about her.

“What do you suppose they’re hearing?” Jikk asked.

“That cloud, probably,” she said, snuggling down under her blanket.

“You seem pretty calm about it,” Jill said.

“Wouldn’t change much if I ran around screaming,” sighed Kim.

“Why are you running then?” Jill asked.

Kim didn’t answer for a while, and Jill thought she had fallen asleep.

“I owed it to my children to try,” Kim said at last. “Buy them time, you know? In case this thing lost energy, or turned into nothing.”

“What do you think it is?” Jill asked.

“I think it’s change,” Kim said. “No matter what, when it catches up to us, things will be different. Could be everybody in thecloud is dead. Could be they’re just fine under there, and just no longer able to send out messages. We won’t know until it’s us. The children keep hearing music, and I have to think that this is a mystical event. And when it catches up to us, we’ll know.”

“You call that change?” scoffed Jill.

“You call it something different?” Kim asked.

“Change seems quite the understatement is all,” Jill said, and Kim chuckled.

“Guess so,” she said, and then her breathing indicated that she really had drifted off.

Jill felt Seth’s hand seek out hers, and she, too, slept. She thought, in that drifting moment before dreams came, that she heard music, and perhaps laughter.

In the days that followed, Jill, Seth, Miranda, Molly, and their adopted village made good progress north. The way grew more populated and the conditions more desperate. The temperature was brutal and Jill and Seth kept the girls huddled close between them under blankets and furs. Finally, the caravan stopped. People were clustered together all around in dark masses and tents dotted the terrain. It was impossible to keep going. There was a sudden hush among the villagers, and after a minute, Jill saw why.

The unbroken blue sky was shrinking. The cloud looked like an inconceivably tall cliff, devouring the ground at a dizzying pace. It was deep gray, and stretched high into the sky. They clutched each other close, murmuring goodbyes as it approached. Jill couldn’t help holding her breath and closing her eyes when it finally swept over them.

She blinked in the gray mist. It was hard to make out at first, but then the music was unmistakable. Lights jangled into view, and yes, people were laughing. And dancing. And coming toward them with smiles.

Far above the world, three astronauts turned away from their view of the gray planet. Silence stretched between them.

Written by W. C. McClure http://www.wcmcclure.com. This short story may be shared (and please do); just please be sure to share it in its entirety, unaltered (and including this fine print), with credit given to W. C. McClure. Comments are welcome at http://www.farsideofdreams.com. Oh, and if you want to show your support, tell your friends about this short story blog – andpick up one of W. C. McClure ‘ s books. Thanks!

Join 2,043 other followers
Follow Short Stories and Meanderings on WordPress.com