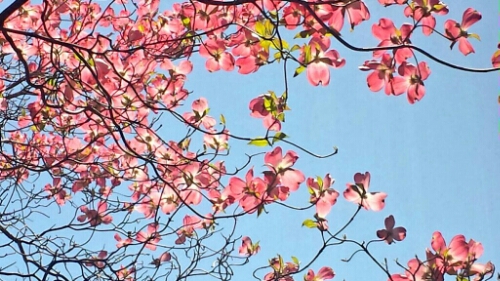 “Not again about Fuchsia,” Hendron groaned.

“What?” Urielle said indignantly. “I’m worried about her.”

“You do know that colors don’t actually have genders, right?” Hendron asked.

Urielle rewarded him with a sigh of exasperation.

“It… fine. She is a temperamental color,” Hendron said. “It seems like she’s constantly in some kind of passion or another. I don’t know what her problem is.”

“Well it’s obvious,” Urielle said. “Red is hot and drying. You get energy and hope. Then there’s orange. Pleasantly warm and inspirations come easily. Yellow is perfect comfort and laughter. Green brings calm and inspires growth. Indigo is tranquility and higher thought. Violet is peace and healing. Fuchsia? She gets romance and love.”

Hendron studied Urielle for some time.

“I knew your relationship with the rainbows was strong but I had no idea…” he said. “Fuchsia should be the proudest of them all. To bring love into this world…” He gazed at Urielle, his lips still half formed around a word left unspoken.

Urielle didn’t notice. She was staring pensively at a gap in the clouds below, where a rainbow could be seen sweeping across the sky. Her fingers bunched at the soft railing of their cloud palace, and only when that section burst into mist and hovered nearby waiting to reform did she realize that her grip had been so tight.

“I need to find her,” she said, sweeping a strand of hair behind her ear.

“I agree,” Absulla said, striding onto the balcony to join them. She was coated top to toe in dried mud and several leafy twigs stull clung to her shoulders and back. “Don’t ask,” she said when Hendron and Urielle turned to gape at her. “What’s important is that there’s something wrong. Fuchsia may be off on a huff, or there might be trouble. Come on. I’ll show you.”

“It’s a wolf pup,”Hendron said a half hour later.

“He’s an orphaned pup,” Absulla said, feeding the hungry pup another strip of meat from the pouch at her hip. “His parents were Oda and Ada. You remember them.”

Absulla shook her head and chuckled.

“No you don’t. Well, no matter. They’re gone. It looks like it was myrgulls. They’re everywhere these days. Azbelle took this little guy in.”

“That’s right,” Absulla said. “Azbiv has the large pack I’ve been watching. This is their territory.”

“She abandoned him,” Absulla said, tugging the meat strip playfully until the little pup began to growl and shake his head in their little tug-of-war. “Not just that, but their behavior has changed recently. Azbiv’s pack used to respect the boundaries of their territory and stay clear of Hotta’s pack across the river, but now… there’s enmity between packs. Fighting. And it’s not just the wolves. All traces of compassion seem to have left the forest. You can feel it in the air.”

Urielle gazed around warily at the trees, which now that Absulla mentioned it, seemed to be leaning toward them with aggression.

“Urielle is worried about love going missing,” Hendron said, “and now you’re saying that compassion is gone,” he added pensively. “And I’ve noticed the increase of myrgulls, too.”

“Not just myrgulls,” Urielle said, giving in to a shiver. “Those terrible shadow beasts seem to lurk in every corner these days.”

“Myir,” Absulla supplied. “Yes, I feel them nearby.”

“Myrgulls are pure malice,” Hendron said, “but these myir are different. It’s as if they’re made of fear. Not just that, but they crave fear. They’re drawn to it. As if it feeds them. Or they feed it. Or both. What would threaten fear the most?”

“I told you something was wrong,” Urielle said petulantly.

Hendron smiled at her tone.

“Don’t worry Urielle, love isn’t going anywhere,” he said. “Neither is compassion,” he added, nodding toward Absulla’s hand stroking the pup’s fur. “I’ll be right back.”

“Where are you going?” Urielle demanded.

“For a stroll,” Hendron said with a wink before he disappeared into the shadows.

Urielle was about to protest but Absulla held a finger to her lips. Urielle paused and listened. They could hear Hendron’s footsteps receding into an otherwise silent forest. The silence was eerie. Then there were other noises surrounding Hendron’s footsteps. Whispers. Taunts.

“There you are,” they heard him say. “Oh you’re going to have to do better than that to scare me. I want to speak with your leader.”

In the silent minutes that followed Urielle, Absulla and the pup huddled close together in an effort to remain small and unnoticed. The forest was filled and filling with creeping, slithering myir. Their teeth chattered against the cold dread that flowed through the air around them. At last they heard Hendron speak again.

“Hello,” he said cordially. “I assume you’re in charge.”

“I see you pretending that you don’t fear,” a voice said.

“I feel your fear,” it said, seemingly pleased.

“Good for you,” Hendron said. “Do you also feel my love?”

There was a long, silent pause.

“I assume that’s why you’re afraid of me,” Hendron said. “Why you chose to take that form… in that way. You sensed it and sought to suppress it.”

“I’ve suppressed nothing,” the other voice said. “Your fear is real.”

“Well sure it is,” Hendron interrupted. “So is my love. You think you’ve won something here by attacking love and compassion, but that just proves how little you understand of them.”

“Oh I understand more than you think,” the voice hissed. “Once love and compassion are bound, charity, wisdom and judgment fall soon after. We are well fed with what follows.”

“I imagine,” Hendron said. “Yet no matter how often you do this, no matter how far you go in search of new lands and new prey, I’d be willing to bet that your hold slips before too long. Clear thinking comes back despite your efforts and what was torn apart in conflict finds a way to forgive and heal.”

Another long silence made Urielle come to the point where she was on her feet, ready to charge through the shadowy woods to find Hendron and be sure that he hadn’t come to harm. Absulla’s firm grip tugged her back down the moment they heard the other voice speak again.

“This is true sometimes,” it said. “You look as if you have the answer to this riddle.”

“I do,” Hendron said, “and I’m smiling because even if I were to explain it to you, you are incapable of understanding it for yourself. I’ll pare it down for you. Love is far vaster and more powerful than even you could fear. Compassion is the tool which melts your hold. You may attack them as ferociously as you’re able and they will always rise up again. Want to know why? Because they’re both the size of oceans while you are one single teardrop.”

In the silence that followed, Urielle couldn’t take it anymore. She tore through the branches in Hendron’s direction. She found Hendron surrounded by lurking shadows. Across from him stood an apparition that looked much like her, though cold and lifeless with pits for eyes. Hendron pulled her into his arms and held her there. Incredibly, he was laughing.

“Love,” Urielle said, suddenly only seeing Hendron. Where the shadows had gone she couldn’t say. There was only light, and color, and Hendron smiling down at her.

“There she is,” Hendron said tenderly, touching Urielle’s arm where the colors seemed most vivid. “Fuchsia is here.”

Urielle realized he was right. The air vibrated with her signature warmth. The apparition was wailing but it was small now. Not even knee high. The other shadows seemed to have evaporated.

“It’s about time,” Absulla said, emerging from behind a tree trunk. “You two have been making eyes at each other forever.”

“Oh, it was… it’s just…” Urielle sputtered, but Hendron finished for her.

“Love,” he said. “I don’t think we need to worry about these woods for a while.”

“I agree,” Absulla said. “Azbelle came back for the pup. He’s off running with his pack again.”

“I’m so glad,” Urielle said. “Do you think they’re gone for good? Those myir and that… thing?”

“Gone from here but not gone,” Hendron sighed. “As long as fear exists this battle will go on indefinitely. The best we can do is help the world to remember that love and compassion are far more powerful than fear. It doesn’t seem so in the moment but it’s the truth. It will always be so.”

“Then let’s get going,” Absulla said. “We have some traveling ahead of us.” She rolled her eyes at the private gaze that passed between Urielle and Hendron. “We’re going to need a bigger cloud palace,” she added as she stepped into Fuchsia’s warm light and felt the rainbow tug her upward.

Rainbow travel was something Absulla wasn’t sure she’d ever get used to. Urielle seemed a natural at it. She was special that way. Both of her friends were good people, and deserving of each other. She watched them as they rode up the arc behind her toward the palace the three of them had built in the sky with the help of their rainbow friends, and was filled with the sense that, somehow, things were going to be okay.

Hendron had been absolutely right. He’d spotted the problem and the solution immediately. Fear had become organized and was targeting its greatest threats. And those threats had everything they needed to overcome it all. They were going to be just fine, and they had a lot of work to do.